The Downfalls of Smoking on your Mouth

12 May 2014 by teamscsmilecentre in Dental Hygiene • Home • Oral Health

The Downfalls of Smoking on your Mouth have been well documented.

Smoking is a prominent, contributing factor to the development of lung and throat cancer, as well as to cardiovascular disease.

But did you know the habit also plays a starring role in initiating mouth cancer as well?

Infact according to the Australian government's 'Quit Now' initiative more than 80% of cancers of the mouth, nose and throat occur in people who smoke cigarettes, cigars or pipes.

Many oral diseases are greatly facilitated by the practice of regular smoking and the following symptoms may be experienced:

RISKS OF SMOKING TO YOUR ORAL HEALTH

Dental implant failure is significantly increased amongst smokers as is the prevalence of gum disease around implants. This is generally believed to be a result from the increased exposure to the irritants, toxic and cancer causing agents which are found in the cigarette smoke. We have to be careful of this when performing dental implants on the Sunshine Coast.

Smoking can also cause dryness of the mouth as a result from the repeated inhaling. Furthermore, a change in your ability to handle viral and fungal infections as well as your immune response are big influencers too.

As a general rule people who smoke create much more bacterial plaque than those who don’t. The three most common types are Porphyromonas gingivalis, Aggregatibacter actinomycetemcomitans, and Prevotella intermedia. Regular smoking sees the gums of smokers become more susceptible to disease due to the reduced levels of oxygen that reaches the bloodstream. As a result once the gums become infected they struggle to heal.

Whilst gum disease continues to be the most common cause of tooth loss amongst adults, it is widely accepted that heavy smokers are also less responsive to the effects of the procedures involved in trying to control its development. Research has found that those who smoke over 10 cigarettes a day tend to experience a lower degree of healing after treatment for gum disease than those who do not smoke. The good news however is that it is never too late to give up.

And if you do, to some extent, the effect of your prolonged smoking on the gums is reversible because as soon as you stop smoking your body undertakes a natural process of healing and repair, to which your gum tissues will benefit.

Worried About Your Oral Health?

If you are worried about the Downfalls of Smoking on your Mouth and would like some non-judgemental advice please contact Sunshine Coast Smile Centre on 07 5443 2800 to see how we can assist you. 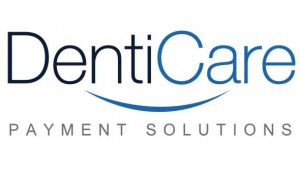 At Sunshine Coast Smile Centre we conduct all emergency and routine dental work on site and in-house at our Cotton Tree practice. These services encompass everything from preventative and general dentistry to cosmetic dentistry including: